Above you will find one of our latest YouTube videos - What's Inside The Volcano? A trailer for our brand new island Bilgewater, and our two new Story Quests!

The best part of all? The Legend of Pirates Online is entirely FREE! Our project was founded on a promise that we would never charge for access to the game.

All of the original game's content has been rewritten and available now in The Legend of Pirates Online.

Our Fall Update is now live! This update has tons of new features, multiple redesigned game locations, thousands of bug fixes across the entire game, several rewrites of existing features to improve their quality, and so much more.

This is one of the largest updates we've ever released with a significant number of changes under the hood and has been three months in the making.

This update features a heavy cleanup of old code throughout every aspect of the game. This was a massive undertaking, but was well worth it. Thanks to this, some parts of the game will now run a touch faster and more efficient. It'll also make our jobs a lot easier going forward when making adjustments to the game or adding in new features.

We have tested extensively tested this update both with our own internal Quality Assurance testers and community members just like YOU on our Test Server! We've done our best to squash as many bugs as possible, but as with any complex game, a few are likely to slip through the cracks. We appreciate your patience if any issues pop up. We'll get them fixed as soon as they appear on the live game. Thanks!

Enough chit-chat! This is serious business. Let's get right into it then, shall we? 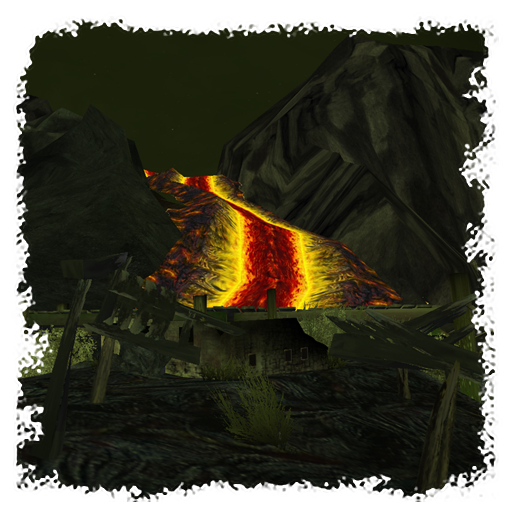 Beware of Jolly Roger, for he plans to INVADE Padres del Fuego! His ship has been sighted near its shores!

Padres invasions have been a long time coming, and we're so happy to finally get this out to you! In our opinion, Padres invasions are the most fun of the three different locations. We hope you enjoy them!

Also, we now only have TWO more forthcoming original Disney features left to be implemented: Queen Anne's Revenge and Sea Offensives. (Sea Offensives were very rare, don't worry if you've never heard of them before!) 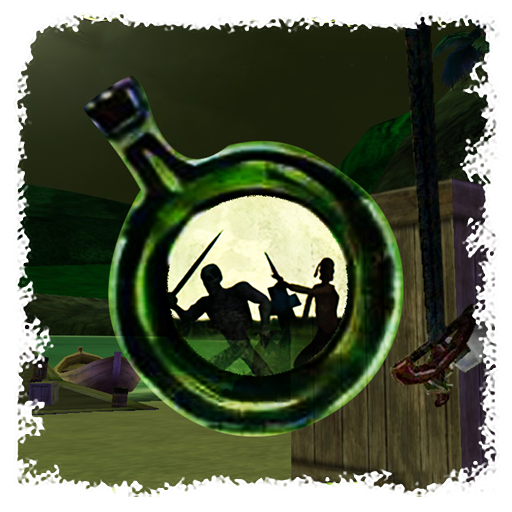 These two potions grant you the ability to PvP almost anywhere in-game for 10 and 20 minutes respectively. We've added over 500 brand-new Muertos Mojito exclusive PvP-potion spawns across the entire game to ensure that YOU can PvP (just about) wherever you want! We're really excited about this feature. We designed it off of feedback from the PvP community directly. We know how much people loved the famous "PvP Glitch" - and that's what we modeled these potions after!

Note: You and your opponent must both have consumed a Muertos Mojito in order to PvP! 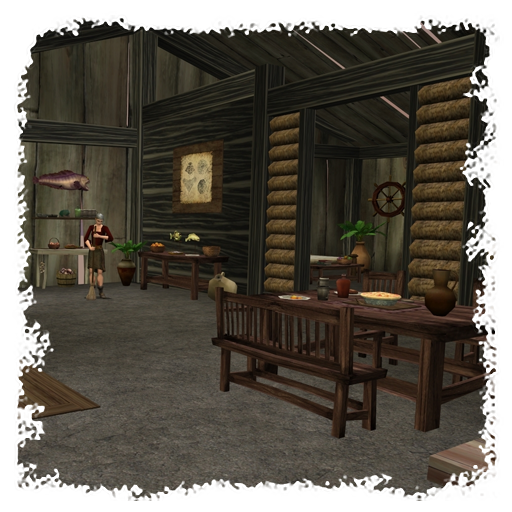 A few months ago, we brought on a whole bunch of new level designers in preparation for some... other upcoming content. As practice, we had them redesign some of the more... lackluster building interiors in the game. These practice areas turned out so well that we had to release them to the public! We've taken special care to make each location unique, to draw on the story of the building or its owner.

We have redesigned 17 building interiors in the game, such as Bonita's Tattoo Parlor on Tortuga, and have more in the pipeline being created. Check out this update's release notes for a complete list of buildings changed!

Additionally, we have made countless modifications to the main islands to fix various prop placements and model clipping issues - as well as adding in various new vendors on Cuba for your convenience! 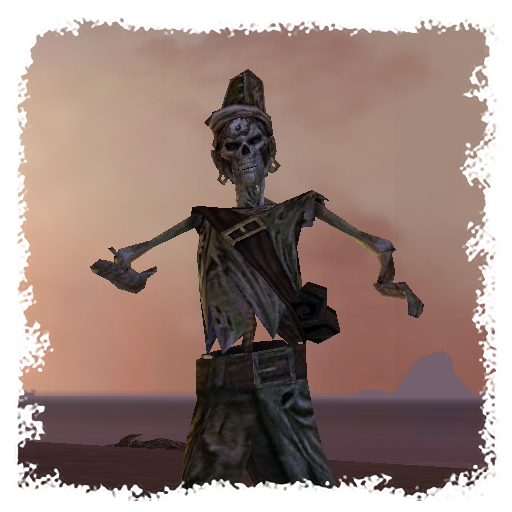 Land enemies have been almost entirely rewritten. In this update, enemies are now much more aggressive. They have more in-depth and meaningful attack strategies that work to defeat the player. Additionally, enemies now have the concept of an aggro table. This will allow enemies to prioritize attacks based on who has the highest amount of aggro.

Don't worry, sailers! We haven't forgotten about ye. Sailing AI is getting its own rework soon. It is not ready yet, but is in the pipeline. Sailing AI is much more complex than land AI, so please bear with us as we work to get this ready.

We have rebalanced much of the entire game to make each weapon more unique. Addtionally, we have added more emphasis on the perks of each weapon as other enemies now have improved attack strategies. Ye may want to reconsider which weapon will best suit ye in different circumstances.

Going into more detail, this update had a strong focus on bringing Voodoo Weapons back into the mainstream as a competent weapon in battle. Poke and Blast will now give the caster Voodoo while still dealing damage, recharge and cast times are dramatically reduced, voodoo cost has been reworked. We are moving away from the long and incredibly boring skill recharge times.

Dagger combos will now apply Wound. Wound has been reworked to stack, and provide more DoT damage based on the number of stacks of wound. This makes Dagger more desirable in boss/group combat. Throwing Knives do not apply Wound, they apply Slow.

Tonic recharge times are significantly reduced. All forms of DoT have been rebalanced to make them more spicy; for example, Acid now deals % max health -  this makes a skill like Pestilence on Voodoo Staff very deadly. Endurance and Focus Boosts from weapons were not being properly calculated, they are now.

Visit a Shipwright to see 16 brand-new sail emblems for your ships! Adorn yer ship with the iconic emblem of Captain Barbossa himself, or mark it with the guise of the villainous Jolly Roger!

We've also improved the amount of gold dropped from cargo at sea. We're pirates, plundering ships should be lucrative! 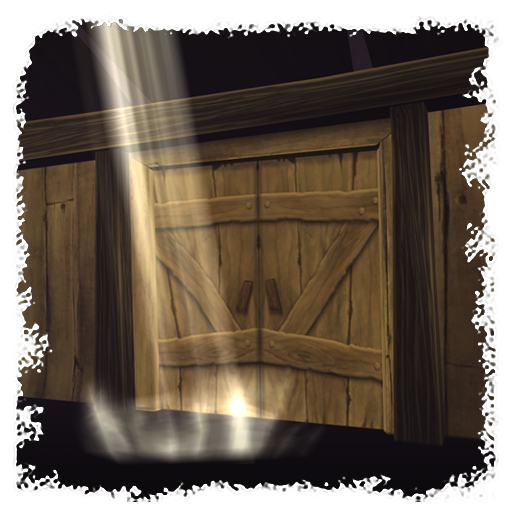 The notorious Ray of Light has been fixed! Finally, no more getting lost! Quest tracking is some of the most complex systems to code for the game. We've put a lot of love and care into making sure it works properly, like tracking properly to Las Pulgas, or to ships far off in the horizon! We're going to be continuing to make improvements as we move forward, so be sure to provide your feedback!

Also, to further aid in helping players successfully complete the tutorial, we have reimplemented an old tutorial ground arrow. This feature used to be in POTCO back in Beta and was removed around 2008. It's pretty straightforward. In addition to the Ray of Light, there will be a giant yellow arrow on the ground pointing to your destination during the tutorial.

In addition to this, we have fixed various other issues with quests (see the notes for details!) However, most of the fixes were focused on Ray of Light. That feature was incomprehensibly broken, and now it is not - woohoo! Please use the Feedback button in-game or the Feedback page on the website to report any existing issues to us.

We've fixed bugs with damage buff potions, and have added 2 new ones that boost voodoo staves and grenades as well!

We have also fixed the notorious stuck game table bug when playing Undead Skeleton Poker which halts players in their quest progress most notably during the Hollowed Woods quest, but as well as other forms of Poker games.

Additionally, we have reworked the cheat card functionality in Poker and Blackjack to behave exactly as how POTCO's cheat card functionality worked. We have also fixed a bug which caused playing cards in your hand to not proper update until after the current round had completed. These fixes should significantly improve the quality of life of the game.

This update's release notes were so large they would not fit into a single release note page. For this reason, we have split up the release notes across multiple pages. They are linked below.

This update does not contain the 2020 Hollowed Woods Expansion. But don't worry, that's next...